Today, I attacked the pumpkins! 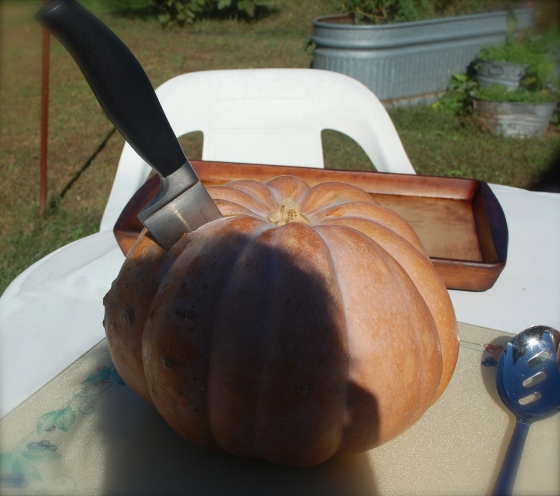 Or at least it felt like I did, considering
the big knife I needed to cut the things open!

It’s been a while since we’ve cut open a pumpkin around here. And usually we leave the hacking-in-half process to the men. However, it was just me and the chickens here, so I got to do it. These Fairytale pumpkins had a sweet scent inside… sort of like a cantaloupe… and they had bright orange flesh. It was a slightly messy adventure, so I’m glad I did at least part of the hacking and scooping outside.

I decided to roast the largest pumpkin in the oven. After scooping out the stringy middle flesh and seeds, the pumpkin halves went open-side-down on a baking pan, and into a 350°oven for about an hour and a half. (It was a big pumpkin to roast… a smaller pumpkin might only need an hour of roasting.) 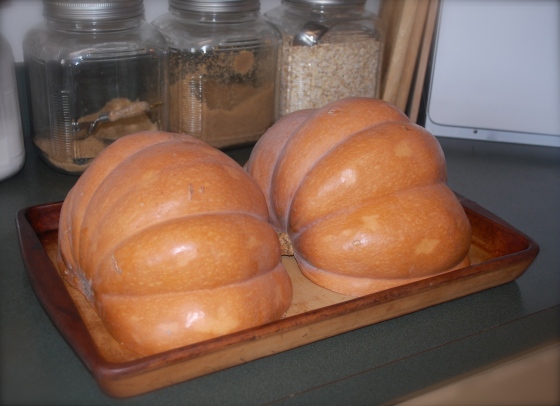 The other pumpkin went into a pot on top of the stove. I cut it up into smaller pieces,
peeled the rind off the outer edges, and boiled it for about 20-30 minutes. 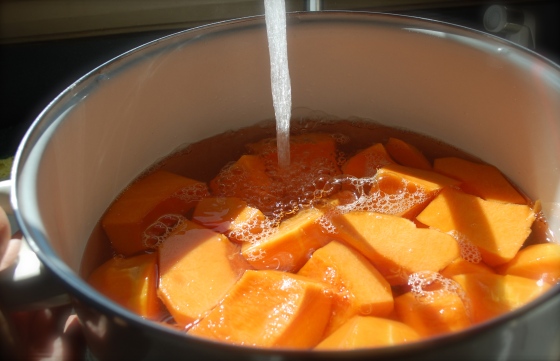 After both pumpkins were sufficiently cooked, (fork tender) I set about pureeing them. I needed to mash the boiled pumpkin before processing it further, but the roasted pumpkin didn’t need mashing. I first gave the “old fashioned” method a try, and ran some of the pumpkin through my hand-cranked food mill… 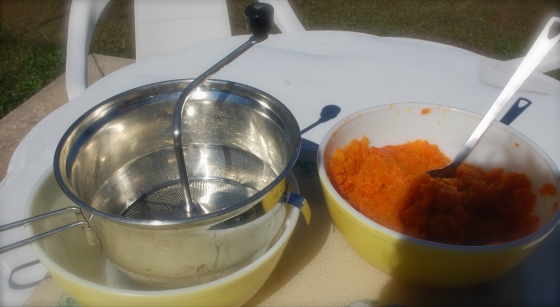 …And then decided that for blogging purposes,
my food processor would be faster.

I did want to post about this TODAY, after all.

And, after giving my 20 year-old tiny food processor a good workout… 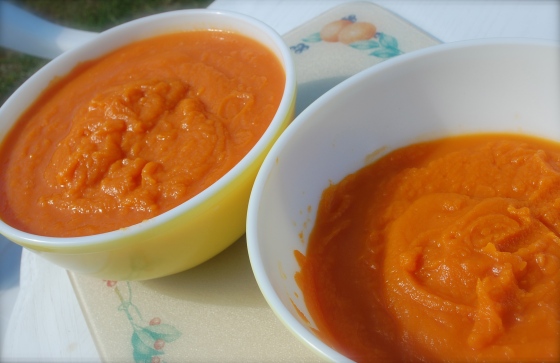 Lots of pumpkin puree for pie-making!

The boiled pumpkin took longer to prep for cooking,
but cooked much faster and was easier to process.

The roasted pumpkin had no prep time, but took
longer to cook and to scoop out of the shell.

The finished products had the same consistency,  which
surprised me because the boiled pumpkin seemed more watery.

HOWEVER… The roasted pumpkin had more flavor!

AND… Neither pumpkin had the same thick
consistency as store-bought canned pumpkin.

I wonder how that will effect the finished pies?

See all the blog posts about making
Pie from Scratch!
by clicking below! 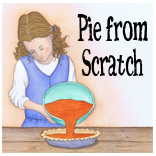